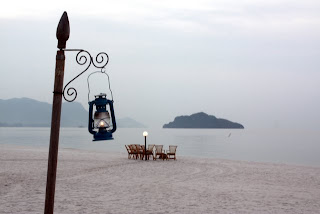 After spending Christmas in Singapore, the next stop on my winter sun adventure was Malaysia. It wasn’t just any part of Malaysia, though. It was Langkawi. Located off the west coast of the country near the border with Thailand, Langkawi is an archipelago of 99 islands. The largest, called Langkawi, is where I spent the past three days.

Langkawi is known for its beautiful beaches, lush forests, picturesque waterfalls, and great water sports. It is also home to some pretty impressive wildlife, several species of which I became rather attached to during my stay in the northern part of the island.

What interest me about this blog was the article also been selected by Lonely planet & publish in their website. Kudos Lady.. Nice picture & article
Posted by anaklangkawi at 2:00 PM